James Woodrow and Audrey Riley have been longtime associates of Merce Cunningham Dance Company, with which they often perform 'Bi–ped', a work by the English composer Gavin Bryars, music that is particularly close to their hearts. As a result Bryars was one of the first people they turned to for a new work for this group. 'Lauda (con sordino)' for cello, piano and electric guitar is the result. Composed by Bryars in 2002 and dedicated to Audrey Riley, it has all the beauty and intensity of 'Bi–ped', but compressed into a thirteen minute time span.

The New York composer David Lang has long been involved with Icebreaker as well as with the pianist Andrew Zolinsky, for whom he wrote the piano concerto 'Fur' in 2005. Zolinsky has also performed many of Lang's solo piano works, including his set of memory pieces. This cd includes a live recording of Zolinsky performing one of those pieces 'Wed', written in 1992. Lang, whose work 'Cheating, Lying, Stealing' for solo cello and ensemble has been performed many times by Icebreaker, was therefore a natural candidate to write for the project. 'How To Pray', written in 2002, is marked 'heavy, slow, and drugged'. It is for cello, piano electric guitar and two drummers.

Steve Hillier is the former keyboardist and main songwriter for the group Dubstar. Riley and Hillier's connection dates back to the string arrangements Hillier asked Riley to make for their 1995 album 'Disgraceful'. Having always loved Hillier's harmonic world, this time Riley returned the compliment by asking Hillier to write for her instead. Hillier sent back 'Dryker Storr, a landscape of harmony and sounds, in three short movements. The work is described by Hillier as 'three reflective pieces lniked by a love of Scandinavia and it's people'.

The cd cover, and sleeve have been designed by visual artist Philip Riley.

How To Pray – David Lang. Recorded by Asa Bennet at Livingstone Studios, Mixed by Damian le Gassick at Strongroom. 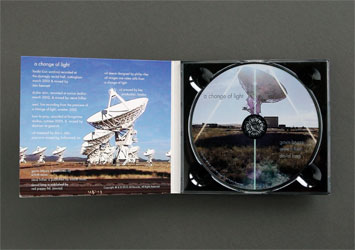