Nick Allum trained at Berklee College of Music in Boston, Massachusetts. On returning home to London he co-founded the Jazz Music Workshop at Jackson's Lane Arts Centre, one of the first, and longest-running, community jazz programmes in Britain.

As a member of the teaching staff at the National Jazz Centre, he worked alongside the free jazz percussionist John Stevens in developing innovative techniques and materials for teaching music to mixed ability groups.

As a drummer, Nick has both performed live and recorded with jazz artistes Courtney Pine and John Stevens, Australian rock bands The Triffids and The Apartments and solo performers Shane McGowan and Nick Cave.

For five years during the late 1980s and early 1990s, Nick recorded and toured extensively with Cathal Coughlan's group, Fatima Mansions, before leaving music as a full time occupation to pursue an academic career in social science, earning his Masters and PhD 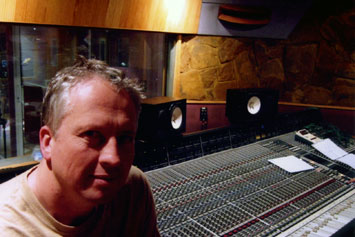 from the London School of Economics before moving to University of Surrey. He is now Senior Lecturer in Empirical Sociology at the University of Essex.